Sunday was Hubby’s birthday.  44.  He’s about to switch age brackets….next year!!!  So he decided to celebrate his awesomeness and begin his Triathlon season on his birthday.  All those hours of training….paid off.  Here’s some deets:

He was 4th in his age group, 22nd overall and finished in an hour!!!  My hottie rocked it.  So proud of him.  He has a couple more planned for this summer and some ideas of how to speed up his transitions, but mainly, for him he just enjoys the competition. (I enjoy the sunrise and the coffee!!!)

Here’s some photos from the morning off my iPhone…but look out people, my REAL camera is fixed and will be fully functional and in action for the next one!  Boo Ya!!!

Bike holding area prior to the race. 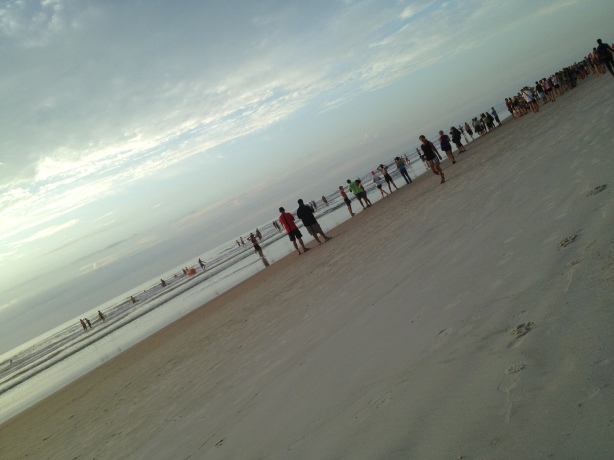 Competitors gathering near the start

This is my favorite part of the race. Never gets old!!!

Coming in on the bike

Transition from bike to run

and he’s off on the last leg of the race! He never saw me, heard me,nothing….I am RARELY that focused. EVER!!!

coming across the finish!