snatched the image from HERE

There’s a big debate on a newscaster who said that Santa Claus is white….yes, you can merely imagine the uproar over that one, because I’m suuuuuuuuure she had no idea that making a statement like that would start ANY racist discussions at all.  I’m certain.  Right?  Besides, she said she was making a joke and people should lighten up, however…..the comment sure lit up the interwebz.

I am about to make a statement, however, that IS most likely true:  Saint Nicholas was most probably olive, not so white.  Born in the region of the southern coast of Turkey, he would most likely be olive-skinned.  Logistically and realistically speaking.  You can read more about him HERE.  Since Santa Claus’ origin is often tied to St.Nick, it’s odd he’d be “white”, however….SC=fictional, St. Nicholas=real, feel free to make your own judgement.

Also, here’s another newsbreaker:  Jesus Christ was of Middle Eastern descent, which would make him mocha/brown.  Gasp.  All we have to do is  look at  people born in the Middle East, typically they aren’t Nordic looking.  Ammiright?  Again, another odd idea that he’d be the only white man in a sea of not so white people.

While we are on the subject, let’s explore a few other  characters:

Easter Bunny:  unknown color of fur, would it change the basket of chocolate if we knew?

Tooth Fairy:  unknown color of wings/outfit/hair, etc, does it change the reward per tooth if we had a color scheme? 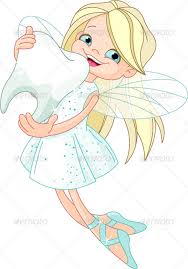 Great Pumpkin:  we can only assume orange, but in light of all these odd suggestions, I just don’t know.

In summary, does color REALLY matter?  It shouldn’t.  If it does, maybe we are focused on the wrong things.  As for me,  when I pray, I’m praying to the PERSON, not to the color.   His promises surpass race, shouldn’t our responses to Him do likewise?

As for all the fictional folk everyone’s worried about, let’s remember; they aren’t real.  This fighting over skin color of someone who is fictional?  Well, that’s just weird.

3 thoughts on “Saint Nick was Olive”