I don’t even know where to link up to #WIWS anymore.  Or is it even a thing?  Clearly I am not a fashion blogger.  That’s ok though, because really I just wanted to share these AWESOME pants that I finally wore today—their Mass debut. 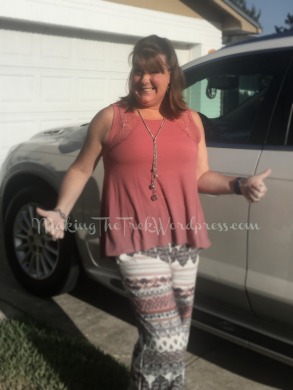 Rating:  A+ for super light and flowy material, very flowy and funky design

After Mass the Hubs and I went paddleboarding for a while, so I’m giving you a partial shot of #WIWS at the beach…which was a complete fail since I meant to get the ocean in the shot, but bright light and sun you are no friend to seeing what I just took a picture of until I find shade and/or darkness.  So, that’s it.  Oh, well.  The waves were a little rough, but it was an hour well spent with my sweetheart and that combo is never a bad one.

yup, lost those glasses on the way in. dang!

Hope your Sunday was peaceful, restful and that you had a little Jesus time in one form or another!

Ok, so I am having a mid-life blog crisis and can’t decide which one I’ll keep…..this one gets more traffic, so I am thinking that for the rare moment these days that I actually DO blog, this might be it.  I’ll deal with that later!

For now, I just wanted to share some of our 22nd Wedding Anniversary celebration.  An entire date DAY.  And dinner.  Alone.  It was great.

We moseyed up A1A to St. Augustine.  Our first stop was at Snack Jack’s on Flagler Beach.  We scored a great table on the screened deck, next to the ocean.  Enormous fish tacos for me and a fried oyster po’boy for my Hubs.  It was a good start!! 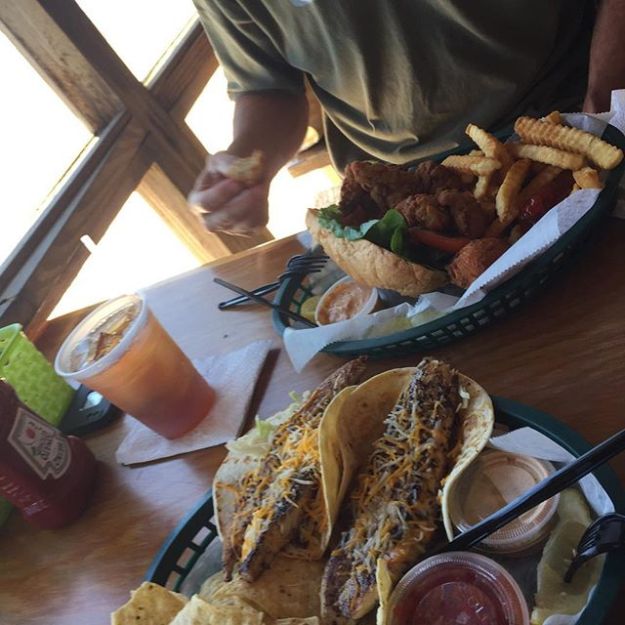 A little further up the road to Washington Oaks State Park to walk on the rocks on the beach and then explore the gardens and the river view.  I tell you that was SOME gift of Owen Young to his bride, Louise!!  Truly a beautiful park and I will be working some bribe magic on our kids for a Christmas card picture up there!! 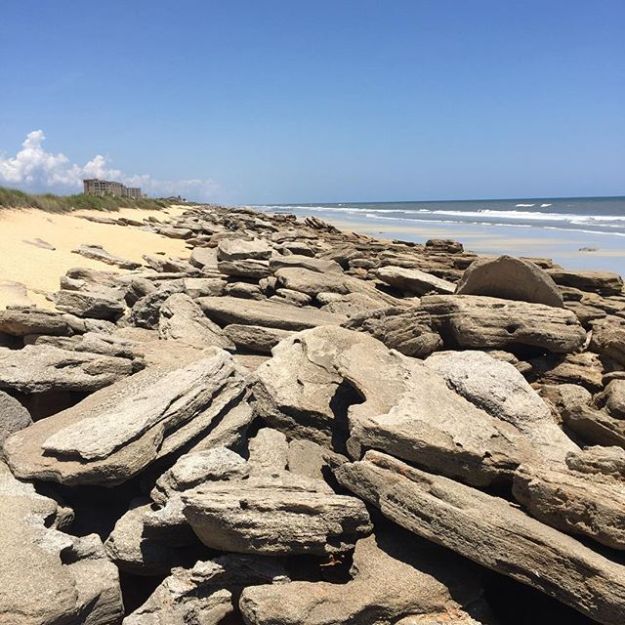 In St. Augustine, we strolled the streets, window shopped, had a gelato (me), smoothie (Hubs) and water.  Summer is here.  And she isn’t playing.  Lord, help us come August.  No joke!  Checked out the alcove area at Flagler college….WHOA!!!  What a stunning area!

We ended up on our 22nd Anniversary at the Basilica.  Walked through the Holy Door together AND managed to be there for Reconciliation.  With Mass this a.m. it looks like we completed our first Mercy indulgences on a total fluke.  Or was it?  You know, God has little surprises for us that aren’t even on our radar and then it’s just mind-blowing.  So it was with this.  (We had already planned on a road trip later this year to the Shrine in Orlando to walk through the Holy Door there.  We still plan to, but what a beautiful gift.  On our anniversary.)  His Mercies are never-ending.

A little coffee for the road.

Monday morning and I am heading into work (after  I drop a boy off at the dentist).  It’s been a fabulous Christmas so far…even with Thanksgiving falling so late (I am not  fan of losing an entire week of Christmas shopping and prep).  In spite of the shortened Advent season, it’s been a great Christmas so far.  I’m sure that it is by the grace of God that I recognized my limitations and cut back on a few things (baking, killing myself saying yes to events that needed a “no” for our family’s sanity).  With that freedom came a weekend trip to Tallahassee to stay with my nephews, attending a surprise birthday party mid-week for a friend, Adoration and reconciliation, regular spin classes with the Hubs and a nice Christmas Eve at my step-dad’s with family.  One of the more relaxed holiday seasons that I can remember.  Definitely turned our focus to the birth of Christ….shoot, we even managed light the Advent candles pretty regularly!!!  I’m calling it a win!

This week we will enjoy another short work week (which I could SO  get used to), ringing in the New Year, planning ahead for 2015 and prepping for a trip for the boys and I to see my mom in Pennsylvania.  I’ll mentally prep for my annual break-up with food and reunion with a healthier lifestyle—fully supported by the Hubs AND financially motivated by work–it might just work this year!  I’ll continue with the great purge of 2015, which I started yesterday in the coat/game closet and shoe area in the garage.  Blog regularly and master this new laptop (I hope).

Enjoy the week and all the goodness the Christmas brings! 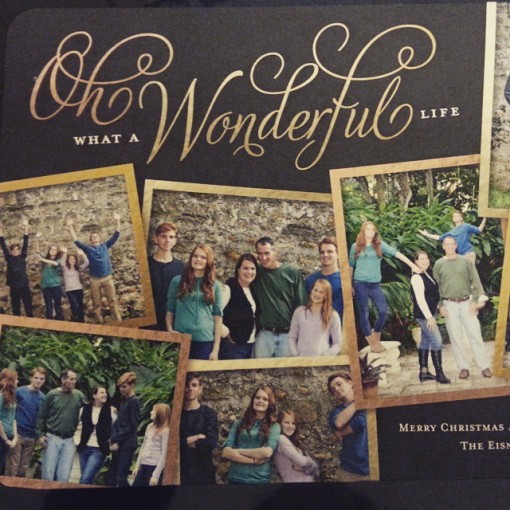 Anyone remember their Pre-Cana weekend?  Classes?  Some, all or none?  My memory is pretty crapola these days…I blame multitasking, 4 kids and age.  Maybe I should do more Sudoku or 20, 40, 8 or whatever that game is.  Gingko?  Whatever…getting off track here.

I vaguely remember our Pre-Cana meetings with our Priest as more of a checking off of the boxes and looking back I’m certain he probably wanted to forehead smack both of us.  We were barely active in the Church and going through the motions, however, clearly the seed was planted because….here we are…20 years later and growing everyday in our Faith, Marriage and family.  It’s been a mind-blowing 20 years.  To say the least.

The thing is, I don’t remember much about Pre-Cana.  I remember a lot of vague, surface discussions.  Discussions on the budget and maintaining a joint checking account were the main things I remember, and that’s it.  NFP?  Not so much.  Marriage being hard?  Not really.  So, whether it is my p.poor memory or my 23 year-old naive self, Pre-Cana didn’t really prepare me or scare me.

I take you to be my  lawfully wedded spouse,  my constant friend, my faithful partner and my love from this day forward. In the presence of God, our family and friends, I offer you my solemn vow to be your faithful partner in sickness and in health, in good times and in bad, and in joy as well as in sorrow. I promise to love you unconditionally, to support you in your goals, to honor and respect you, to laugh with you and cry with you, and to cherish you for as long as we both shall live.

I would have loved if we could have taken an in-depth look at those vows:

So maybe Pre-Cana DID cover these…maybe I wasn’t listening….maybe it takes 20 years.

I’m still processing a beautiful morning but for my friends and family who couldn’t make it to our 20 year Anniversary Vow Renewal…a few pics.

I have more pics.  I have more words.  Perhaps later this week.  I’ve got lots of words.  After 20 years I’ve got LOTS to say on marriage.  I’m thinking a little marriage series.  Like I said.  Processing.  For now.  You’ve got this. 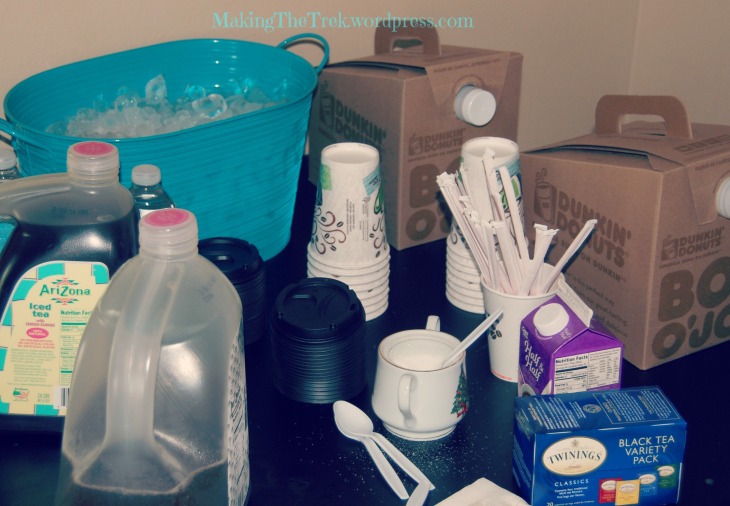