All I can say is T.G.I.F.!!!!!!  It’s been a full and exhausting week and I pray, Pray, PRAY we have zilcho going on this weekend—-even though I know it’s doubtful….I’m still going to pray for it!  Read about Sunburned Jen who also enjoys her coffee (especially when it’s free!) and her other friends/groupies/bloggies and their week HERE!!

How’s YOUR week been?  What’s YOUR weekend shaping up to be?  How’s YOUR Olympic experience going??  Check out Jen and the throngs @ Conversion Diary and see what’s going on around the world!   If you haven’t already seen this, I’ll leave you with this tasty idea in caffeine enjoyment! Blessings and Happy Friday!!

A Friday tradition is to join in with Jennifer and her international friends @ Conversion Diary and share a weekly wrap up, not only is it a great way to boost the stats on the blog BUT……it’s a great way to find NEW blogs to read. Win-win, people, win-win.

I’ll be doing this in (mostly) photo version today, mostly because I need to wake up a bunch of kids and get to work, and because it seemed I took a bunch of pictures on my iPhone this week…..so, I thought I’d share!

1.  We are ready for the Olympics!!! Are you???  We are so excited!!  In fact, several months ago we gave up cable (no one was really watching anyway AND it saved us about $70 a month), BUT….in order to watch the Olympics (not on the laptop) hubby put up an antennae to grab signal so that we can get the local affiliate and join in.  It took MUCH sweat and effort on his part, lots of brain power and in the end….a sweet, crisp picture and now we also have a few local channels (which is great for severe weather, usually we are just oblivious and watch the skies) and SEVERAL Spanish channels.  Bring on the Olympic torch!! 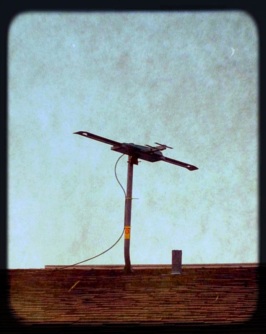 Set up and ready to go!!

2.  Speaking of Olympic prowess and excitement, my personal buff and ripped self 😉

came to a screeching halt this week when somehow, someway I managed to pull something in my shoulder/upper back and had to skip most of the week babying it.  My new best friend is: 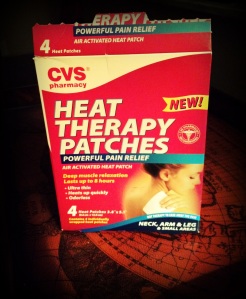 These things are the BOMB! Seriously, they last like 8 hours!!! And as a bonus, I don’t feel like I’m 80 anymore!

3.  Also, in preparation for the Olympics, we bought a great little buffet at an estate sale for $50 (Hubby is a good negotiator!) and after much sweat (his), some cursing (his) and some muscles (mine and his, I had to help him move it around a little) it’s been refurnished and now is our new entertainment stand…more to come in a before and after post:

Much cleaner look than our previous entertainment center.

4.  In other entertainment news, my current read

This book is FASCINATING!!! Why did I take so long to read it?!?!

5.  My forgetfulness has come to a whole new level, not one but TWO reminders this morning from my little entrepreneurs…..

Apparently my mantra of “if you want me to remember, write it down” has finally sunk in!

6.  An awesome sight the other night

Our daughter looked up and said…”God’s promise”. Love it. A double promise this time!

7.  No picture of this, but since I’ve been getting as much overtime as possible this and last week, I am super glad it’s Friday.  It will be worth it when it takes the sting out of the back-to-school shopping comes.  Soon.  Far.  Too.  Soon.

Blessings to you all!!